Mansplain no more: Creating a non-blame culture that values our differences 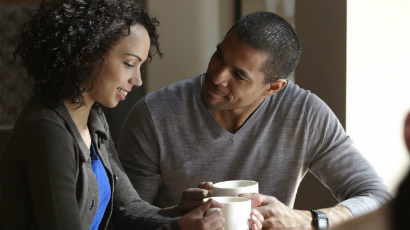 Mansplaining defined: “to explain something to someone, typically a man to a woman, in a manner regarded as condescending or patronizing.”

The term has been getting renewed attention over the last week, after the social impact news site ATTN: released a video showing examples from the media of ‘Mansplaining’. The video makes some valid points – men need to pay attention to, and change, how they’re speaking to women, for sure. There’s no doubt that the typical corporate culture gives men some leeway when it comes to communication. Here are a two other things to consider in this ‘fight against mansplaining’.

We live in an argumentative culture.

The first thing we noticed when we pulled up a search of the term ‘mansplaining’ on Facebook was that every single headline was a complaint. While it is good to point out the impact and to get people emotionally engaged in the topic, we need to take it a step further. We need to quit blaming each other. We need to offer solutions, and not solutions that disempower men or that leave it up to men to fix. In Gender Intelligence terms, the blame game needs to stop. And, it goes both ways. Rex Huppke calls out the male naysayers in his recent post in the Chicago Tribune: “if you’re too thick or too fragile to consider, even for a moment, that you might be doing something that’s offending the women you work with, then I guess you’ve given up on getting better at your job”. And women, you should also consider that men interrupt and speak that way to each other as well (see the next point to find out why!).

Men and women communicate differently, and we ALL need to be considerate of our differences!

At Gender Intelligence Group, this is huge. We don’t advocate sameness. There’s no need for women to have to ‘toughen up’ and take it. There’s also no need for men to be shunned for being men. Now, we certainly can’t use our differences as a way to rationalize inappropriate behaviour, and we must be considerate of how our behaviour impacts others. However, it is important to understand that in the workplace, there tend to be significant differences between men and women when it comes to collaboration: men collaborate competitively (hence the interruptions), and women collaborate connectively (women tend to finish each other’s sentences). While historically, the workplace has been male-dominated, research shows that combining the characteristics of men and women in business is both economically lucrative and promotes business longevity and sustainability.

Watch the video by ATTN: and share your thoughts, but let’s take this to the next level and create a transformed culture that values the differences between men and women, rather than blame each other for them.