He Said, She Heard: How The Genders Misunderstand Each Other 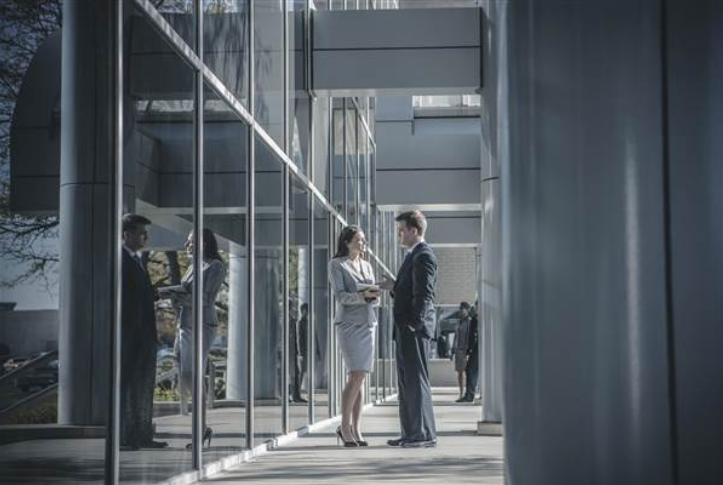 As a gender intelligence expert, Barbara Annis has conducted thousands of workshops on how men and women interact, why they often misinterpret each other, and what they need to know to better understand and value each other’s differences.

As part of that work, women often discover that the way they have been interpreting male behaviors in the office ­­ from a male colleague skipping over their idea in a meeting to a male boss making an ill-considered joke ­­is off the mark and that the ill intentions they sometimes assume lie behind these behaviors are often not there.

Annis sees a lot of aha moments in her work: men starting to understand why their behavior makes female colleagues feel excluded or dismissed regardless of their intentions, and women beginning to see a whole host of office interactions which have bothered them in a new light.

We tend to draw a straight line between behavior and character. Why is that not helpful or only part of the story when it comes to communication between the genders?

Years ago, when I was studying psychology and gender differences, a women I was studying with said, “If a man’s behavior isn’t landing well, we often attribute it to his character and then we expand it across a spectrum of faults.”

So, what that means is that we look at the behavior, and we say, “He is an awful person.” And then in our rumination, our inner dialogue, we tend to generalize it and expand it. I have seen this tendency in many, many women that I have coached. And I can see it now in the reaction to the CEO of Microsoft; he said something that didn’t land well and so now he’s an awful person.

In your work, you do a lot of workshops where men and women learn how they interpret each other’s behaviors. Do you find men are often surprised to learn how their behaviors have been misinterpreted?

It’s a big surprise for men.

Because for them, their rituals ­­ the joking around and bonding ­­ are just a trivial thing; it’s never occurred to them that it could be misinterpreted or that women would attribute it to their character.

So, they feel misread in terms of where they are coming from, and they’re right; they are misread. But once they start to understand why that is, the blame goes away, and it becomes a very freeing conversation. I’ve had one­on­one conversations with men who have attended these workshops, and their life has really changed. I talked to one man who was actually a psychologist, and he came away with a whole different way of viewing the world; he began seeing these misinterpretations everywhere.

Have you seen an example in a workplace where a male’s behavior has been interpreted in a way that does not tally with his intentions?

All the time. I’ll give you one example.

There was a woman in Europe who was the first woman to join this top executive leadership team. She had been having trouble dialing in to join a conference call, so she was about six minutes late. Now, this team was very, very punctual, so they had all been sat there waiting for her to join. When she came on, she was clearly stressed out about being late, so the CEO, wanting to make light of it so that she would relax, made what he thought was just a little joke. He said, “So now that we have a woman on our team, does that mean we’re going to be late all the time?” And all the guys chuckled.

Now, this came up in a workshop about a month later. And when he heard how that comment had made her feel, how she had interpreted it, and how she had ruminated about it, he was completelyshocked because that had not been his intention at all. And by the way, the two of them have gone on to have a very strong partnership now with very direct and clear communication.

Can you talk about how that can feed misinterpretations of male behavior?

Well, our tendency, and it’s a gender difference, is to really read and assess situations; we read the mood, the environment, we read how we relate to each other and to men. Because of that, we have the assumption that we understand men more. But in a workshop, very quickly, women begin to see that they don’t have men completely figured out.

One assumption women have is that men don’t particularly care to talk about this type of stuff, that they just want to get the job done. They have no idea that men feel they need to be cautious around women or that they aren’t sure how to give honest feedback. Now, in the workshop women begin to see that men do in fact think about this stuff a lot, and they are thoughtful about it. Once women see that, it really opens up a whole new awareness for them in terms of how they view men.

What do you find is the behavior women most often misinterpret in men?

Women see that men are very direct with other men and that it’s very easy for them and very natural for them. And then they also see that men behave very differently with women and that their behavior is either more cautious or more trivial. Women tend to interpret that as men being less interested, less caring, more dismissive and more exclusive of women, when in reality, it’s just that men tend to bond more naturally with men.

They just do; we don’t need to add anything more to it. And guess what?

So, the boy’s club, the male dominated network, is about natural bonding, not ill intention. Now, does that mean that women shouldn’t be able to be a part of it? Of course not. We should be.

What do you find is the behavior men are most surprised or perhaps shocked to learn has been misinterpreted?

That they’ve been thought of as not having good intentions and that they don’t care. That’s a big shock for them. And for some men, that’s almost hurtful. It hits them in their gut. And when men first hear it, they can think, “Well, that’s just this group of women; they must be disgruntled.” But when we tell them that we hear this over and over again, regardless of where we are in the world, regardless of the industry we’re working with, then it gets really big for them. Then they see it as a problem that needs to be solved.

In your work, you have found that even younger, very progressive men can behave in ways that make their female peers feel disregarded. Can you talk about how that factors in here?

Now, obviously the younger generation is socialized differently, but when we get to the neuroscience they begin to relate and they recognize that men and women are hardwired differently. What we see is that five years or so into their working lives, they start seeing these dynamics, and they’ll reach out to us.

I had one young male executive at the VP level ­­ I think he was about 35 ­­ who had two women on his team, and he began to see some new challenges. He saw that the emails he got from them were different; he saw that they reacted to things differently. So, he reached out to me and asked for help. I knew him well, so I had to laugh, because we had had these conversations a few years earlier and he had said to me, “Nope, we’re good! We’re totally enlightened around here!”

So, for example, one of the women on his team had expressed to him that she was upset about something, and he had said to her, “Just don’t worry about it.” Later on, she brought it up again, and he thought that was ridiculous, that she should just let it go.

Meanwhile, until she feels that he has understood why she was upset, she feels like she has not been heard.

Exactly. And once I explained that to him, he got it immediately. He just didn’t know what he didn’t know, because he wasn’t understanding the differences.

A common frustration women have is feeling like their ideas are being skipped over in meetings which they interpret as being disrespected or discounted.

Women will often say that when they bring up an idea that it’s discounted, reframed or rephrased, or that a male on the team brings up a similar idea a little later and it’s instantly recognized as being brilliant. It’s a huge frustration for women when they feel like they’re ideas are being dismissed. I spoke to one woman who said to me, “I just don’t bother anymore.”

This is actually getting worse because of conference calls ­­ some women feel like even though they try to insert themselves into those conversations, they just aren’t heard.

When it comes to why it is that women feel dismissed in meetings, there’s a couple of things to consider.

One, is that this could have to do with your communication style, in which case there’s equal learning on both sides. But men tend to do convergent thinking and women tend to do divergent thinking. So if all the men are converging on something, and the woman raises a divergent thought ­­ “Well, what about this?” ­­ it can be viewed as her derailing the meeting or trying to sidetrack them.

When that happens, that’s a gender unintelligent meeting, because the “derailer” could be raising the thing that they need to know about. It could be the thing. I’ve seen it.

All of this, of course, is a two­way street; men misinterpret women as well, and a lot of what you do in these workshops is about getting people to stand in each other’s shoes so that they can better understand where the other is coming from.

Yes. And this is why having men in the conversation is so essential when it comes to fixing this. We will never, ever create a powerful, inclusive culture unless we have equal learning for men and women.

When that happens, it’s so powerful, because you end up with a whole new level of understanding; you no longer make assumptions about people’s intentions. It just removes the blame, because when you engage, and you understand, you see that there is nothing to forgive.